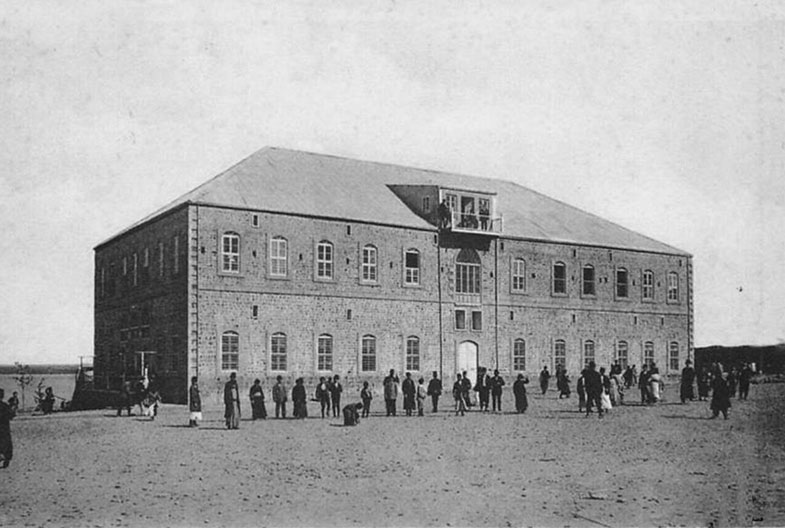 The National Evangelical School (former known as the National Faculty) is one of the oldest schools in Syria. It was established in 1855 by American Missionaries as an elementary school under a national management in Bustan ad-Diwan avenue. In 1908, the school was moved to its current headquarter in Bab al-Sebaa which was built in classical French style.

The school has provided national, social, humanities and cultural education to many generations of students from different Syrian provinces as well as from abroad especially from Lebanon, Palestine, Jordan and Iraq.

The Ottomans closed the school during the WWI between 1914-1919, while the French stood against its national orientation and prosecuted its manager priest Hanna Khabbaz for publishing a book against the French Mandate. After that, this cultural edifice became a stage for demonstrators against the French occupation during 1920s and 1930s.

The National Evangelical School is still running at its original building which goes back to 1908, but a kindergarten block was added to it in 1978.